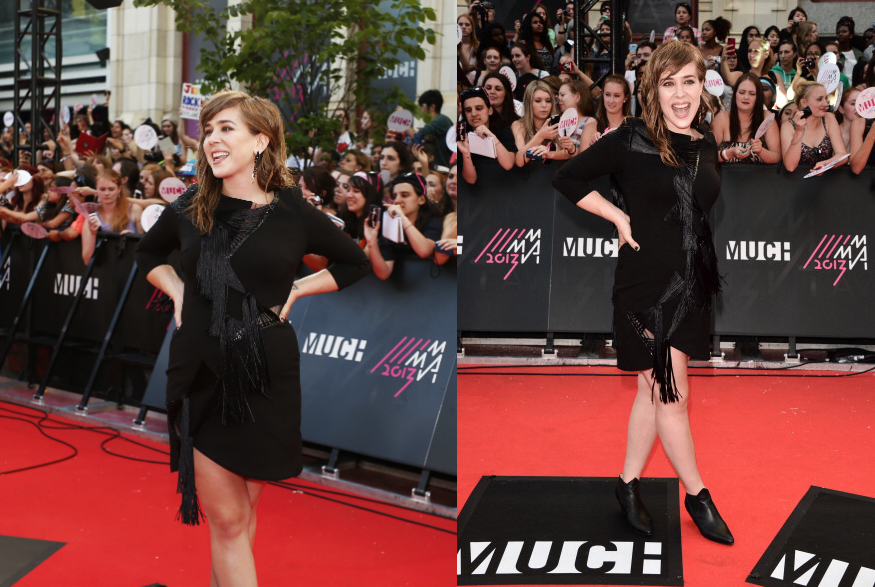 The MMVA winner of Rock/Alternative Video of the Year for her platinum track “Stompa”, accepted the award on the red carpet in a custom VAWK black cut-out and fringe dress complementing her signature style. Serena’s team personally reached out to Sunny Fong to create this look.

“I would love some movement and fringe …. I really want to make sure it’s rock and roll and not too girly “, said Ryder.

No Stranger to red carpets, Sunny Fong has dressed Katy Perry for the MMVAs 2012, Elisha Cuthbert for the People Choice Awards, and Chantal Kreviazuk for her performance for HRH Queen Elizabeth II.

With the success of these collaborations: VAWK has also partnered with eBay to curate an exclusive collection to be launched on August 12, 2013.