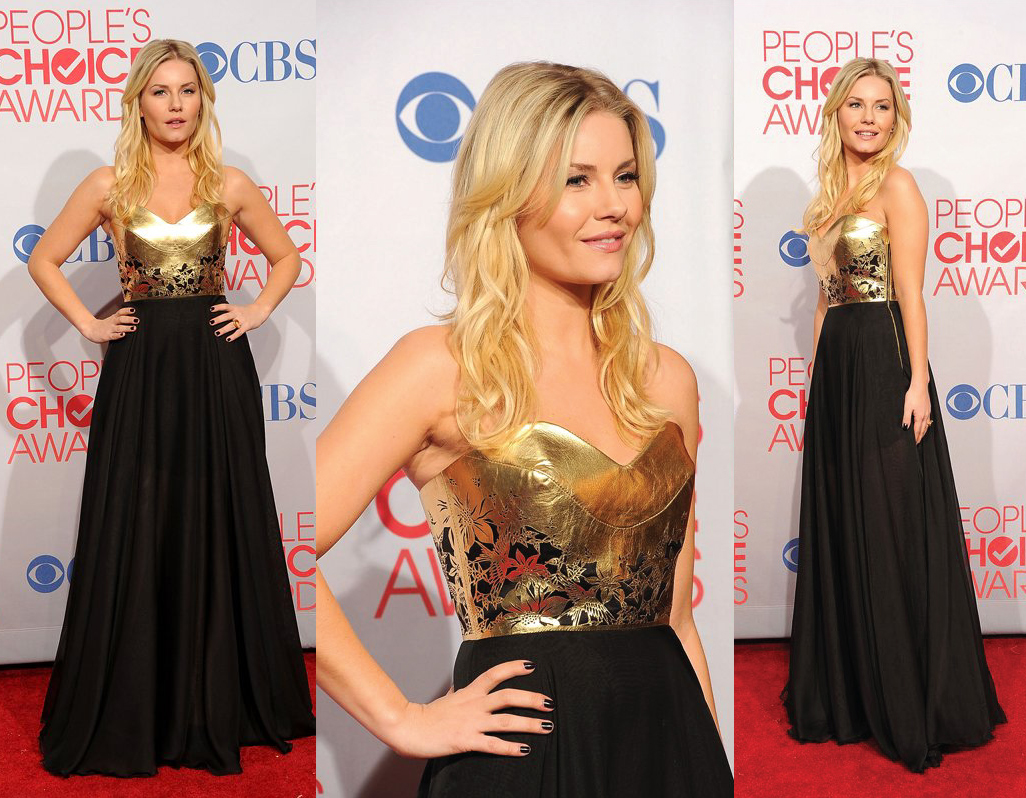 Last night, as millions of viewers tuned in to the People’s Choice Awards to see who would take home the hardware and fashion choices of their favourite stars, Canadian actress Elisha Cuthbert wowed audiences in a VAWK gown created by Toronto-based designer Sunny Fong.

Known for her current role on ABC’s smash-hit comedy Happy Endings and previous role as Kim Bauer on the FOX hit show 24, Elisha Cuthbert hit the red carpet and later took to the stage in a black silk-chiffon gown with gold leather-lace detailing to introduce one of Country Music’s biggest female stars, Faith Hill.

“When it came to selecting my look for the People’s Choice Awards, I looked at a few of the VAWK pieces and fell in love with the gold detailing on this dress, I knew I wanted to wear it,” said Cuthbert, who has previously collaborated with VAWK designer Sunny Fong for the Heart and Stroke Foundation’s charity fashion show The Heart Truth. “Sunny is great at creating beautiful dresses that are classic but have a modern edge to them. Whenever I see his collections I always notice a wow factor.”

Continually making his mark in the Toronto fashion scene, this partnership builds on Fong’s previous celebrity styling at international events. With previous looks on the red carpets of the Cannes International Film Festival and collaboration with Chantal Kreviazuk for a performance for HRH Queen Elizabeth II in Kreviazuk’s hometown of Winnipeg, Manitoba, the sky is the limit when it comes to the VAWK label.

These collaborations are just one of the ways in which designer Sunny Fong is actively growing his business. “This year is all about growing the business internationally. I look forward to continuing our strategy to take VAWK globally,” said Fong of his future plans. Elisha’s dress is available in black at The Room, an upmarket boutique within Canadian retail giant, The Bay.